The furor over Facebook (FB) performing behavioral experiments on its users may be subsiding. It’s been more than a week since the blogosphere blew up over a study — published in an academic journal — in which a Facebook data scientist teamed up with Cornell University researchers to gauge the reactions of 689,003 unsuspecting users after having their news feeds altered.

It’s also been nearly a week since Chief Operating Officer Sheryl Sandberg apologized on the company’s behalf — but the apology was more for the way that the experiments were communicated than for behavioral and emotional tests that it’s been conducting for more than two years.

Even the historically ruthless Wall Street is ready to forgive and forget. The stock fell by less than 2 percent last week as the story began spreading virally, seeming almost like an experiment of its own to test how far Facebook can stretch the boundaries of what its 1.3 billion active users will put up with for the sake of being a part in the world’s largest social networking website.

Yes, the tech-heavy Nasdaq composite (^IXIC) did soar 2 percent last week, and Facebook wasn’t invited to the rally. However, the market’s reaction — a net loss of just 4 percent when accounting for the difference between the market’s rise and Facebook’s slight retreat — was far more muted than the initial fury of some users.

Facebook thinks it got away with this one. It may not want to be so cocky.

Facebook’s terms of service agreement points out that users can be subjected to internal research. But do people really know what they’re signing off on when they dive into the world’s largest public fishbowl?

It should have been an unforgivable offense. Back in early 2012, Facebook tweaked the news feeds of 689,003 users. It either pushed upbeat or sad status updates to the top to see how the users would react. The findings showed that those subjected to pessimistic posts responded in kind, just as those with rosier updates in their feeds followed with more upbeat posts of their own.

After the experiment was unearthed, it spread virally through Facebook’s own community and elsewhere. But the trajectory doesn’t end there: Another phenomenon that plays in Facebook’s favor is that Facebook users tend to get incensed about something that goes viral and then set it aside.

“Kony 2012” is a great example. The short film went viral on social sites in early 2012, shedding light on the atrocities in Uganda pertaining to the abduction of young children to join a militia. Facebook was the hub of the campaign, rallying incensed users into action. However, when a few weeks later, a follow-up to the original was released, the public had already moved on to the next viral flavor of the week.

Welcome to the World Wide Lab

Sandberg apologized for the study being “poorly communicated” but defended the practice as “part of ongoing research companies do to test different products” at Facebook. In contrast to brash CEO Mark Zuckerberg, Sandberg is seen as the voice of reason at Facebook. If she seems OK with what’s been going on with her company’s three dozen data scientists, it’s a fair bet that it’s going to continue.

Facebook has been taken to task for changing up profile pages and gumming up news feeds with sponsored posts. Yet people keep coming back. and there is no viable challenger on the horizon.

Facebook prolifically retreated once. Even Zuckerberg apologized for the eventually shelved Beacon marketing product that stirred up privacy concerns and a class action lawsuit stemming from the way user activities on websites allowed targeted advertisements on Facebook news feeds.

However, given the way that Facebook’s growing user base has grown to accept marketing changes (and, now, knowingly being a part of social experiments), if Beacon had been launched today, would Facebook still retreat? Facebook may not know how creepy it seems sometimes, but the company does know that its bonds are strong and it’s too popular to bother trying to change at this point. 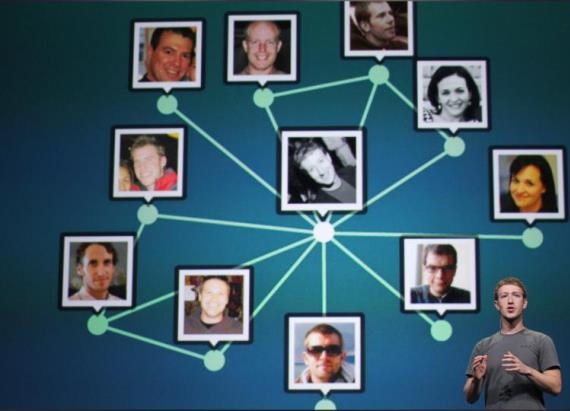