It’s impossible to time a stock market crash, but the chances that ‘something’ bad will happen should always be on investors’ minds. Here are four wild, yet plausible, blowup scenarios.

Most trades today are ordered up by computers, and at speeds measured in milliseconds. The good thing is that this lowers costs. But more automation raises the risk of "flash crashes," in which a mistaken trade starts a chain reaction of robo-selling.

"A program can do something dumb at a much faster rate than a human," says finance and information technology professor Terrence Hendershott of UC-Berkeley.

Despite the Dodd-Frank reforms to Wall Street that followed the financial crisis, the top U.S. banks are bigger than they were before 2008 and still dominate the market.

So what? When banks know they’re so important that the government is on the hook to save them, there’s a danger they’ll stick their necks out to take risks, says MIT economist Simon Johnson.

Size also increases the likelihood of mismanagement, because dodgy practices can be buried in a large organization.

China, the world’s second-largest economy, has had a building boom.

"No country has ever invested so much in real estate," says Nicholas Lardy of the Peterson Institute for International Economics.

Sound familiar? A housing crash there wouldn’t be just like ours. But any sharp slowdown in this fast-growing country, where an authoritarian government faces citizens who have rising expectations, could mean nasty surprises.

Disasters alone often don’t move markets. (Hurricane Katrina didn’t.) Add other factors — like a hit to a nuclear reactor, as with Japan’s 2011 tsunami — and you could get a very dark black swan. Less than a week after the tsunami, Japanese stocks plunged more than 17%.

And then there’s global climate change. Many economists’ forecasts of the cost of warming appear not so scary, but Harvard economist Martin Weitzman says most models underplay less likely yet extreme scenarios that unpredictable climate shifts might trigger. 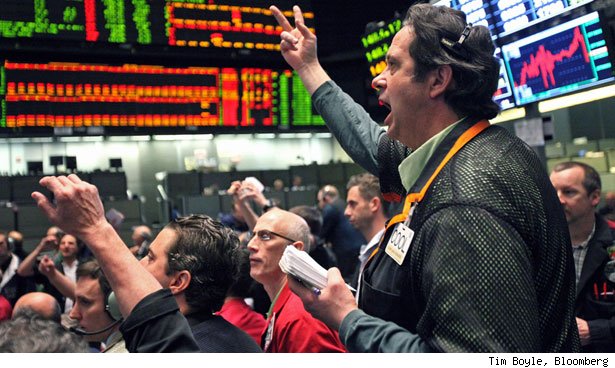