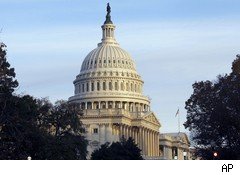 If the Republican majority in the House of Representatives gets its way, the Obama administration’s “car czar” and eight other presidential advisers will soon find they are out of jobs.

Conservative lawmakers voted Thursday to eliminate the positions in an amendment to a bill that would keep the federal government running through March 30, reported.

The 249-149 vote was along mostly party lines. The advisory positions were labeled “a shadow government” by Rep. Steve Scalise (R-La.).

adsonar_placementId=1505951;adsonar_pid=1990767;adsonar_ps=-1;adsonar_zw=242;adsonar_zh=252;adsonar_jv=’ads.tw.adsonar.com’;
The czars essentially hold Cabinet-level positions that aren’t held to the same scrutiny and accountability that’s required by law for Cabinet posts, Scalise said. “The government should not be running car companies, we should not be regulating the Internet, and we should not have all these czars.”

Among the eight other positions Republicans would like to eliminate is the “pay czar” post held by Patricia Geoghegan, who oversees pay for the top 25 executives at firms that received bailouts under the Troubled Asset Relief Program (TARP).

That led Rep. Barney Frank (D-Mass.) to question why Republicans would want to eliminate the special master position that monitors compensation at General Motors (GM), Chrysler Group, American International Group (AIG) and Ally Financial, all of which received TARP funds.

Should the post be eliminated, Frank said, there would be no one to oversee salaries, bonuses and other compensation at those companies, which still owe the federal government tens of billions of dollars.