One in 3 Americans doubt their car lives up to its mpg rating, according to an AAA survey.

Yet the organization’s recent analysis of federal data shows that 81.8 percent of drivers report their fuel economy is higher than the combined city and highway mileage rating for the vehicle as determined by the U.S. Environmental Protection Agency.

That’s one of the discoveries AAA made after undertaking a series of tests. John Nielsen, AAA’s managing director for automotive engineering and repair, says in a press release:

“The vast majority of drivers that submit their vehicle’s fuel economy to the EPA report mileage that beats the window sticker rating. Although self-reported data has limitations, it’s encouraging to see real-world fuel economy that more closely aligns with, or even exceeds, automaker promises.”

On average, drivers report a real-world fuel economy of 12 percent more than their car’s “combined” city and highway MPG rating.

AAA found that driver behaviors and environmental conditions are probably responsible for most fuel economy variances.

For drivers wishing to improve their fuel economy, AAA recommends the following:

Monitor traffic ahead to anticipate and avoid sudden stops and starts.
Drive more slowly. Vehicles are most efficient when driven between 30 and 50 miles an hour, and every 5 mph you drive above 50 mph is equivalent to paying an extra 19 cents a gallon for gas, according to the EPA.
Slow down by coasting instead of braking whenever you can do it safely.
Use cruise control to avoid constant accelerating and decelerating.
Empty your car of unnecessary items, as their weight drags down fuel economy. That is especially true of items stored in a roof-top carrier.
Avoid idling by turning off the car whenever possible. That can save up to 3 cents a minute in fuel costs. 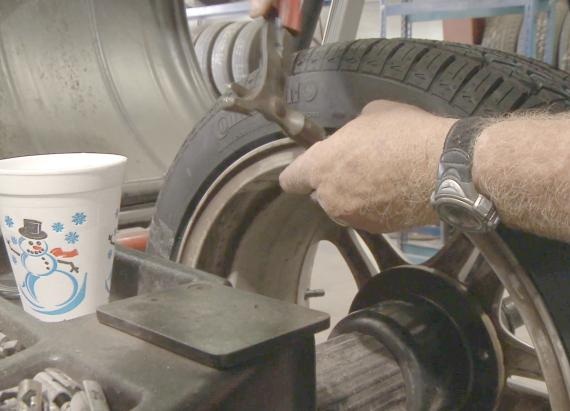 •How to Increase Your Gas Mileage by 70 Percent
•Drivers’ Summer Checklist: 8 Keys to Safe and Sane Travel
•No Love for Passengers? Airlines Hog Fuel Savings