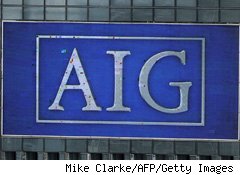 American International Group (AIG) plans to payout a $450 million settlement to seven insurance companies over allegations it under-reported workers’ compensation policy premiums, according to a CNBC report. Hartford Financial Services Group (HIG) and Travelers (TRV) are among those in the settlement agreement, however the parties that brought the lawsuit, Safeco Insurance of America and Ohio Casualty Insurance, are not.

adsonar_placementId=1505951;adsonar_pid=1990767;adsonar_ps=-1;adsonar_zw=242;adsonar_zh=252;adsonar_jv=’ads.tw.adsonar.com’;
The lawsuit, filed in 2009, alleged AIG engaged in under-reporting workers compensation policies to the tune of $1 billion. Back in 2006, AIG reached a $1.6 billion settlement with federal regulators and the state of New York, admitting to engaging in similar practices involving workers compensation policies, CNBC noted.

AIG allegedly engaged in this practice as a means to avoid certain market obligations and insurance taxes, the report notes.