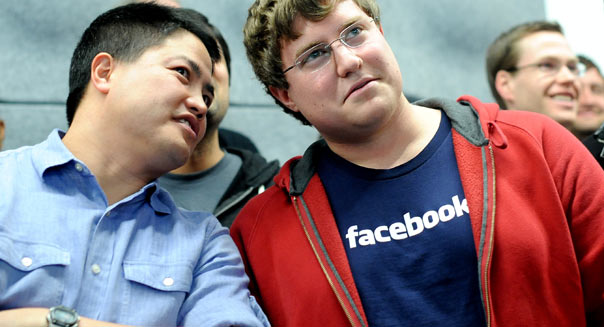 Finally, we have a deal.

After months of waiting, the SEC has approved a Nasdaq OMX Group (NDAQ) proposal to create a $62 million fund for compensating those who lost money due to trading errors during Facebook’s (FB) troubled IPO.

Who gets the cash? See if you can decipher this byzantine language, taken directly from the SEC order specifying the arrangement:

“Specifically, Nasdaq proposes to compensate market participants for certain claims related to system difficulties in the Nasdaq Halt and Imbalance Cross process (‘Cross’) in connection with the Facebook IPO.”

Confused? You should be.

“Market participants” could be anybody, including retail investors who lost an estimated $630 million the day Facebook went public.

The order subsequently defines eligible customers as brokers and dealers. So, from the looks of it, Joe and Jane Oddlot shouldn’t expect to receive a check.

Calls to Nasdaq OMX seeking clarification weren’t returned by the time this article went to press.

More likely, we’re talking about “market makers.” Think of them as Wall Street’s matchmakers. Rather than hooking up guys and gals with potential mates, these geniuses wield computers to pair would-be traders with the stocks they want to buy or sell.

The SEC filing doesn’t names names, but we know that Citigroup (C) and UBS (UBS) were among those that handled millions of transactions on behalf of clients, a portion of which the Nasdaq concedes weren’t executed at agreed-upon prices or in a timely fashion.

Shares of Facebook are off more than 33 percent so far, or about $40 billion in market value.

So while it’s nice to see Nasdaq pay up for its errors, $62 million is a relative pittance for those who are out so much more.

Life was easy when everyone was playing . Facebook has reinvented the way game-hungry masses spend their time, logging into Facebook to tend to virtual farms, mafia campaigns, or item-finding experiences.

It’s not a surprise that the traditional video game industry has been struggling for three years. Market leader Activision Blizzard doesn’t even make games anymore, and its player count has been steadily declining over the past year. is still a growing franchise, but that can’t last forever.

As traditional game companies are struggling, Zynga (ZNGA) — which accounts for 18% of Facebook’s revenue — is thriving.

Diehard gamers are still firing up their consoles and are toting around their portable gaming systems. The problem is that mainstream gamers — the casual players who didn’t live and die by every franchise’s latest release — have moved on to casual and social diversions. They’re free or nearly free, and the viral magic of Facebook connecting friends as players made it possible.

Few will suggest that Google is in trouble. The world’s most valuable Internet company is worth more than twice the market cap that Facebook is commanding. However, Big G is nervous.

Google’s bread and butter business remains paid search, and what happens when folks stop trekking over to Google.com whenever they need to launch a query? If asking friends or simply relying on Facebook’s own search box is easier, won’t that hurt Google?

There are other ways that Facebook is having an impact on Google.

Google’s YouTube may be the world’s hottest video-sharing website with more than 800 million monthly visitors, but Facebook also allows its more than 900 million unique monthly users to upload clips on its site to share. We also have Gmail, Google’s popular email platform. A lot of people are just sending private messages through Facebook that would normally go through traditional email.

Subscribers turn to Angie’s List for unbiased reviews. Members pay dues to have access to customer reviews for local service providers. Need a handyman who can fix a pocket door? Is your clogged drain not clearing with your plunger? Who can tutor you daughter for her upcoming college entrance exam?

Angie’s List prides itself on the vetted and unbiased opinions that can be found on its site. Well, as fate would have it, these are the same things that can be effectively tackled for free by posting a request as a status update on Facebook.

Remember when shelling out a few bucks for a greeting card was the most cost-effective way to commemorate a special occasion?

Well, thanks to Facebook, offering up birthday wishes or congratulatory acknowledgements is simply a Facebook posting away. Is it cold? Is it impersonal? It doesn’t matter. It works. American Greetings has done its part to beef up its digital presence, but analysts still see earnings growth going the wrong way here this fiscal year.

Facebook has also changed the way we consume photographs. We’re no longer printing them out, and that’s bad news for Shutterfly. The company turns digital snapshots into prints, photo books, and other customized merchandise.

Facebook is a hotbed for the sharing of photos, and that is something that has intensified since its recent acquisition of Instagram.

Shutterfly has managed to grow nicely even as Facebook ascends, but the perception that Facebook is turning Shutterfly and its peers into an elephant’s graveyard exists.

All five of these companies may have cheered Facebook’s plunge below its $38 IPO price on Monday, but their business models still have to reckon with the beast that the undisputed champ among social networks has become.

The Fool Store: Advisors and Plans

Get More From Motley Fool

Consumer Confidence – Sites To Help You Vet The Stores You Shop

5 U.S. Businesses That Ought to Be Ashamed of Themselves