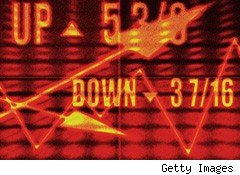 By now, most small investors know that investing in index funds is frequently superior to owning individual stocks or actively managed mutual funds. It turns out, however, there are several ways to squeeze even better returns out of your capital using unusually constructed index funds.

The art of investing is often a paradox. Choosing individual stocks is a game that requires a high degree of skill and knowledge, and most investors simply don’t have the aptitude, nor the time to develop it. Even when they do, many buy and sell at the wrong times because of unconscious psychological biases.

Buying actively managed funds isn’t much better. Research shows that 70% of actively managed mutual funds underperform stock indexes such as the S&P 500 over the long term. That’s in part because they charge high management fees, typically 1.5% or more, while index funds, which invest in shares of the entire index such as the S&P or the Russell 1000, charge fees as low as .09%. Those differences really add up over time.

Of course, it would be great if you could be sure you were picking an actively managed mutual fund from among the 30% that outperform the indexes. The problem is there is no easy way to choose one. Most funds list their results for the previous 1-, 5- and 10-year periods. But Joel Greenblatt, an adjunct professor at Columbia Business School, says that historical analysis shows that past results do not reliably predict winners over the next few years.

This is why small investors have been encouraged to put their money in index funds rather than stocks or mutual funds. But Greenblatt argues in a short but compelling new book, The Big Secret for the Small Investor, that traditional index funds have drawbacks of their own. He says the returns can be improved dramatically by constructing index funds differently.

Most traditional index funds, like the iShares S&P 500 Index Fund (IVV) or the State Street SPDR S&P 500 ETF (SPY), own all the shares in the index they track. The index is then weighted by market capitalization, or the dollar value of all the shares in the company.
adsonar_placementId=1505951;adsonar_pid=1990767;adsonar_ps=-1;adsonar_zw=242;adsonar_zh=252;adsonar_jv=’ads.tw.adsonar.com’;
That means that companies with high stock prices get higher weight in the index. According to Greenblatt, this is the major drawback of index funds: emotion, in the shape of whether its stock price is up or down, affects how much of each stock the index owns. A really popular stock, such as Apple, for example, will be overweighted.

“The Internet bubble is the best example,” Greenblatt says. “As those internet stocks went up in price and became way overvalued, the market-cap weighted index kept on getting more heavily weighted in those stocks. And the indexes bought too little of traditional companies with good metrics but that were considered duller businesses.”

As a result, Greenblatt says a better way to structure an index is to buy equal amounts of all companies in the index regardless of market cap. That way, using the example of an S&P 500 index fund, each company would be .2% of the fund. “It still owns too much of some stocks and too little of others, but the mistakes become random because there is no price involved,” Greenblatt explains. If you run a 10-year comparison of equal-weighted index funds and market-cap weighted funds, Greenblatt says, the equal-weighted funds earn 2% more a year over the long term.

An example of an index fund constructed this way is the Rydex S&P Equal Weight ETF (RSP).

Paying Attention to the Fundamentals

Equal weighting does have its drawbacks, however. For one thing, if such an index fund got too large, it would be impossible to invest billions of dollars in the smaller companies in the S&P 500. There is simply not enough stock to go around.

But for the moment, the equal-weighted funds do yield more than traditional index funds. (ETFs are better than index mutual funds for an equal-weighted strategy, because constant turnover is required to keep the portfolio at equal weight. In mutual funds, this generates short-term capital gains taxes every year, whereas in ETFs, the shareholder pays taxes only when he sells the ETF.)

Another improvement over traditional index funds are what Greenblatt calls “fundamental index funds.” Rather than using market cap or equal weight, these funds weight stocks by an economic fundamental such as the cash flow of the company, sales, or earnings. Like equal-weighted funds, fundamental funds don’t buy based on stock price, so emotion doesn’t come into the stock weighting and errors are random. But there’s also a strong correlation between a company’s economic size and its market cap. So fundamental funds tend to put more money in larger companies, but in a random way, not a systematic way.

A good example of a successful fundamental index is the PowerShares FTSE RAFI US 1000 ETF (PRF). It uses 5-year averages of book value, cash flow, dividends and sales to measure each company’s economic size. It also returns about 1% to 2% a year more than the S&P 500 index funds, according to Greenblatt.

There is yet another way to structure an index — a value-weighted index fund. This takes the same index of companies — for example, the Russell 1000 — but sifts them for bargain stocks. It’s this method that Greenblatt favors the most — but he has a dog in this fight: The index he and his partners have devised uses the value-weighted approach.

“We add value by overweighting those stocks that appear to be the cheapest,” Greenblatt says. In an historical analysis over the past 20 years, Greenblatt says his value-weighted index has done 7% a year better than the market index, while carrying the same level of volatility and risk as the S&P 500.

Greenblatt, who teaches the works of legendary value investor Benjamin Graham at Columbia, says that his index also incorporates some techniques of Graham’s most famous student, Warren Buffett, who searches for not only cheap companies, but cheap companies with great businesses. Grenblatt explains his methodology in the book and on a specially created website, valueweightedindex.com.

What about traditional value index funds, such as the Vanguard Value Index (VIVAX). By and large, value index funds select a group of stocks in an index like the Russell 1000 by a metric that reflects the least expensive companies. But they then rank them by market cap, not cheapness. So the same problems that apply to traditional index funds — a tendency to reward high price and punish bargain firms — is also reflected in value index funds.

Value funds also are often out of sync with the indexes they are drawn from, so the small investor often will have to watch as his investment underperforms the S&P 500 for months or even years at a stretch, which can be hard to stomach psychologically. A potential extra 7% a year is awfully tempting, but it may take a lot of fortitude to hold on until those profits materialize.